Elections of the House of Representatives 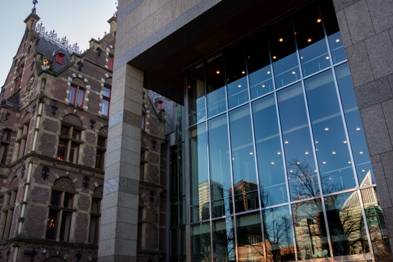 Municipalities may decide to have the elections to the House of Representatives take place concurrently with other elections.

A voter must meet the following requirements to be entitled to cast their vote in the elections to the House of Representatives:

The same requirements apply to residents of the Caribbean part of the Netherlands, i.e., the islands of Bonaire, Sint Eustatius and Saba.

On nomination day, all political parties submit their list of candidates to the central electoral committee: the Electoral Council. Political parties participating in the elections to the House of Representatives for the first time and parties that failed to gain a seat in the previous elections are required to pay a  deposit. In addition, they must submit  declarations of support for each electoral district. When drawing up their list of candidates, political parties may make use of the  Election Supporting Software (ESS).

Polling stations are open from 7.30 a.m. to 9.00 p.m. Only special polling stations may open their doors at an earlier time. No station may be open after 9.00 p.m. As many polling stations as possible, but no fewer than 25% of the total number, must be in buildings accessible to voters with a physical impairment and be in a location that is easy to reach for such voters.

All voters casting their vote must show identification to  identify themselves. Any such identification may not have been expired by more than five years.

Overview of the Dutch House of Representatives