Elections of the provincial council 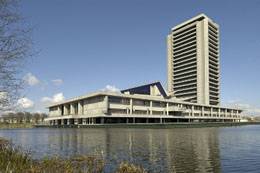 The municipal executive of each municipality is responsible for the organization of the elections. Municipalities may decide to have the provincial council elections take place concurrently with other elections.

A voter must meet the following requirements in order to be entitled to cast their vote in the provincial council elections:

Political parties desiring to register a new appellation (name) must apply for registration with the central electoral committee of the province concerned in time. Registration of an appellation is not required. A political party may also opt to participate in the elections as a so-called 'blank list'. Appellations already registered for the elections to the House of Representatives are in principle also registered for the provincial council and municipal council elections. Re-registration of those appellations is therefore not required in such cases.

Polling stations are open from 7.30 a.m. till 9.00 p.m. Only special polling stations may open their doors at an earlier time. No station may be open after 9.00 p.m. As many polling stations as possible, but no fewer than 25% of the total number, must be in buildings accessible to voters with a physical impairment and be in a location that is easy to reach for such voters.

Everyone eligible to vote will receive an invitation to cast their vote sent to their home address no later than fourteen days prior to election day. This invitation includes their poll card. The poll card allows the voter to cast their vote in the polling station of their choice within the municipality's borders. Holders of a voter card may cast their votes anywhere within the area to which the elections apply. In the case of provincial council elections, this area encompasses the entire province.

All voters casting their vote must show identification to identify themselves. Any such identification may not have been expired by more than five years on election day.